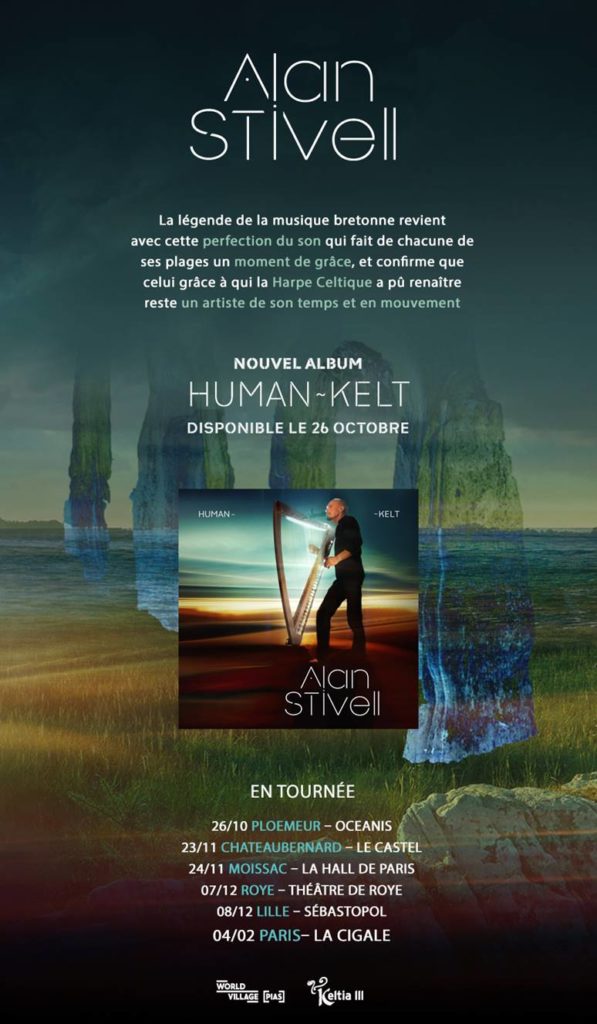 We’ve already told you about Alan Stivell’s new album « Human~Kelt », as the breton bard delivered selected pieces on the net before the LP’s final release, this friday 26th October (World Village/Pias). You’ve had the pleasure to discover that album on Ar Gedour and we’re telling you a bit more today, before an interview tomorrow.

For Alan Stivell, who will begin his tour with a first show tonight at Ploemeur (and who will be, among other appearances, at La Cigale next february for « Festival Au Fil des Voix »‘s opening night), to look back at his past is in itself an artistic deed, in which he deploys again and again his deep affection for Britain and the world. That approach relies on the reinvention of old pieces, carefully chosen guests, and new compositions that respond to more than half a century’s creations. With that musical perfection that makes each of his songs a moment of blessing, and confirms that the one thanks to whom the celtic harp has come to life again, he remains a modern and in motion artist.

So he invited many guests like Francis Cabrel (who on that occasion sings in occitan for the first time), Murray Head, beautiful and talented artist Andrea Corr, the malian singer Fatoumata Diawara, Angelo Branduardi and Dan ar Braz, the Galician Carlos Nuñez and Irish Bob Geldorf, Donald Lunny, Claude Sicre or the « Frères Morvan » (among others). Not forgetting the participation of excellent « Orchestre symphonique de Bretagne ».

This album, which presents itself as a second Again, bewitches us from the very beginning, and is intended as a cry of hope for humanity. Passing from French to Breton, from English to Corsican, from Galician to Welsh, from Catalan to Occitan, Human~Kelt presents itself in my opinion as the culmination of Alan’s entire career. But above all, it is in the same line as 1Douar, Explore, AmZer and as we have said before, of Again. For this album, Alan had invited many guests such as Yann-Fañch Kemener, Gilles Servat, Laurent Voulzy but also Kate Bush, Shane Mc Gowan or Gillie O’Donovan without forgetting Pierrick Lemou, Robert Le Gall or Dan ar Braz. This album featured also the standards of the Breton bard while daring new musical experiments.

For 1Douar (1998), Stivell, again, had chosen guests from all over the world, from Jim Kerr (Simple Minds) to Paddy Moloney (The Chieftains), John Cale, Youssou n’Dour or Khaled. With this album, Stivell wanted to deliver a message of openness and peace with its nostalgic and very rocky world sounds (in the tradition of Brian Boru with Martin Meissonnier’s sound signature). Even if we can find them in Alan’s journey long before, we definitely can identify in 1Douar the roots of Human~Kelt, both in the content that emerges as a watermark, but also in the orchestrations, the use of sound layers, effects and samples (for example the Goadec Sisters in « Mémoire de l’Humain »).

With Explore (2006), the bard opted for a more CAM (Computer Aided Music) approach. The tone of the album is very electro, and the sound elements, loops and other samplings blend perfectly into a resolutely modern Breton music, like a kan ha diskan with electronic sounds responding to more classical instruments, all serving as a setting for lyrics that define Alan’s vision for humanity. And if the album surprises at first sight the aficionados, it is finally in the line of the artist who since his outset has dared bold experiments. These experiments will then be reflected in AmZer (2015), an opus that is not unlike Trema’n Iniz, or some of the titles of 1 Douar and Explore, but also projects into a promising and very peaceful future developed by Alan’s contemplative poetry. Its sound design (which precedes Skilda’s or Denez Prigent’s style) left us speechless at first listening, but that is precisely what makes the album so original and immediately encourages a second listening allowing us to dive into the universe it offers us. 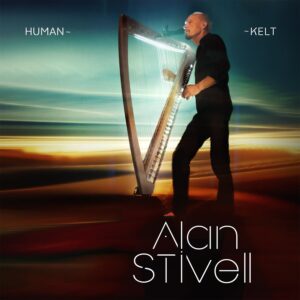 Finally, it is this sound-design that signs this album. Because we find everything that has influenced Alan, from Reflets to today, both in the music but also in the engagement.

So, let’s take the two tracks that, after a proper and original intro, start the album: the duet title with Bob Geldof, who brilliantly follows DEN I (the excellent previous track performed with Fatoumata Diawara and Vincenzo Zitello and in the spirit of 1Douar’s A united Earth), is faithful to Alan Stivell’s musical vision, drawing both from a very Anglo-Saxon musical style and from the traditional Celtic (the sample in the background is very similar to a traditional Hebrides Island one), with a very modern interpretation, combining Bob Geldof’s pop/rock voice with Alan’s, calm and slightly hoarse, which is not unlike the vocals of some of his previous albums AmZer and Explore. Between the ginned notes of a harp sometimes very pop, the violin and the bombard and a very electro ensemble, there is a real invitation to discover the album in its entirety. Some will probably feel a musical proximity with the Afro Celt Sound System band’s universe or Peter Gabriel’s style, or even a very C2C side – for connoisseurs.

The new and the old

The entire album is of this kind, both world-music-ish and electro, traditional and pop-rock, groove and meditative, deep-rooted and soared, combining both a musical dynamism and quieter tracks. Far away from a best-of with titles already known, Alan works here beyond the musical and linguistic boundaries, compositions and titles of which he daringly reviews the orchestration, but remains in a very rich unity of style to recount a career as rich as this album. It is, as Alan says, « a tour of the house, with a lot of [its] musical orientations […] in a tireless quest for the new and the old ».

The new and the old : among a third of new titles, this is also what we find for example in Kelti[k]a then in Boudicca. The first track takes back the instrumental « La Celtie et l’infini » (Celtia and the Infinite) from the album « Au-delà des mots » (Beyond words) … but this time with words. As an echo to Glenmor who sang « O Keltia », he added the voice of Milig ar Skañv (Glenmor’s real name) to his composition, paying tribute at the same time to the Morvan Brothers who are also present on the track. Intertwined among the sound effects as entangled ornamentations of an infinite frieze. One can also note in this work the presence of Julien Cuvillez who, based in Paule, near Rostrenen, has reproduced a Celtic lyre of Celtic antiquity, as well as an extract of the work song of the Hebrides (Heman dubh, originally played in « Renaissance of the Celtic Harp ») here sung by the Arran Island’s singer and musician Joanne MacIver and her daughter. Finally, we also note the Gaelic psalm sung by the Stornoway Congregation, scottish sree sresbyterian Church from the Isle of Lewis. This sample gives all its spiritual transcendence to the title which, bringing together the influences of the Celtic peoples – is surprisingly rich considering the elements used by Alan, and begs to be listened to again and again. Better : it is an excellent introduction to the following title, Boudicca, Celtic queen of the Iceni people who revolted against the Roman invader. This ver y original title is the natural continuation of Kelti(k)a. From a timeless Celtia one goes back to the original Celtia, a very tribal track with these screams in archeo-Celtic idiom (Gaulish language), these slogans with unstructured voices and self-samples (some will recognize for example an effect from « Taliesin’s Song » in « The Mist of Avalon »), or the presence of Konan Mevel’s carnyx, which offers, through this original composition, a true journey into time and how much actual, a title that one could see as an echo to one of those of the « Before Landing / Raok dilestra » album. 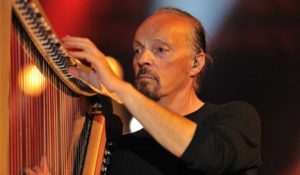 As Alan was releasing, day by day, a few pieces, we have told about some of them like A-hed an nos or Son ar Chistr, Reflets, BZHg, Com un gran Orchestra. We could drag on each of them, mention « Reflets »‘s oustanding new version, « Broceliande » or « Brezhoneg ‘raok », enhanced by the bagpipes and Cap Caval’s drums. We could have evoked the excellent musicians, unknown or well-known, and the « Orchestre Symphonique de Bretagne » who take part in the soul of this album. But all we can advise is : listen by yourself.

In conclusion, by this excellent opus tracing 52 years of scene perfectly, and while « this record will have been the occasion of meetings which will mark the whole end of [his] life », Alan hereby wishes to deliver the ideal which for him dominates all the others : that of oneself trying to be a human every day a little more, considering that going to the essential is to go there. It is in a way the question asked by the breton singer in « Reflets » : « either we make the effort of respect (I do not say that we succeed at it totally), respect for others, respect for the planet; or our technological progress and Nature will take revenge on us ».

Alan has other projects underway, and we hope they will come to fruition. In the penultimate track of the album, he presents a montage in the form of a tile: here, the conclusion of Stivell 25 is also the introduction of the new version of Tir na nOg / Symphonie Celtique planned for the 40th anniversary of his stage creation. As time advances and after 52 years of career, we can see in Human~Kelt not only a musical testament, but one that goes far beyond the simple inter-disc journey. A testament of the heart that leaves you thinking as the last track (« Why did you come so late ») ends with the sound of Yann Tiersen’s enchanting piano and Alan’s sweet voice, between gwerz and canntaireachd, reminding you one last time that really… « la vostra finestra es l’Espandi » (your window is infinity).

* By buying the album through this link partner, you support Ar Gedour who receives a commission of 5% without that does not make you pay more. This information is provided to ensure full transparency of the consequences of your action, in accordance with the Federal Trade Commission’s Recommendation 16 CFR § 255.5. 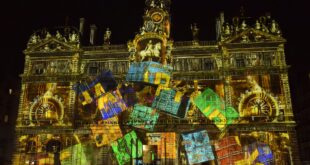 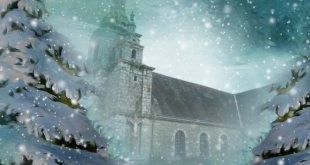 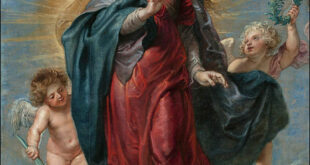 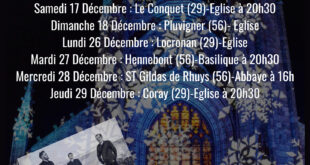 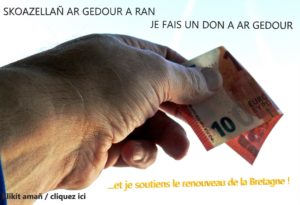 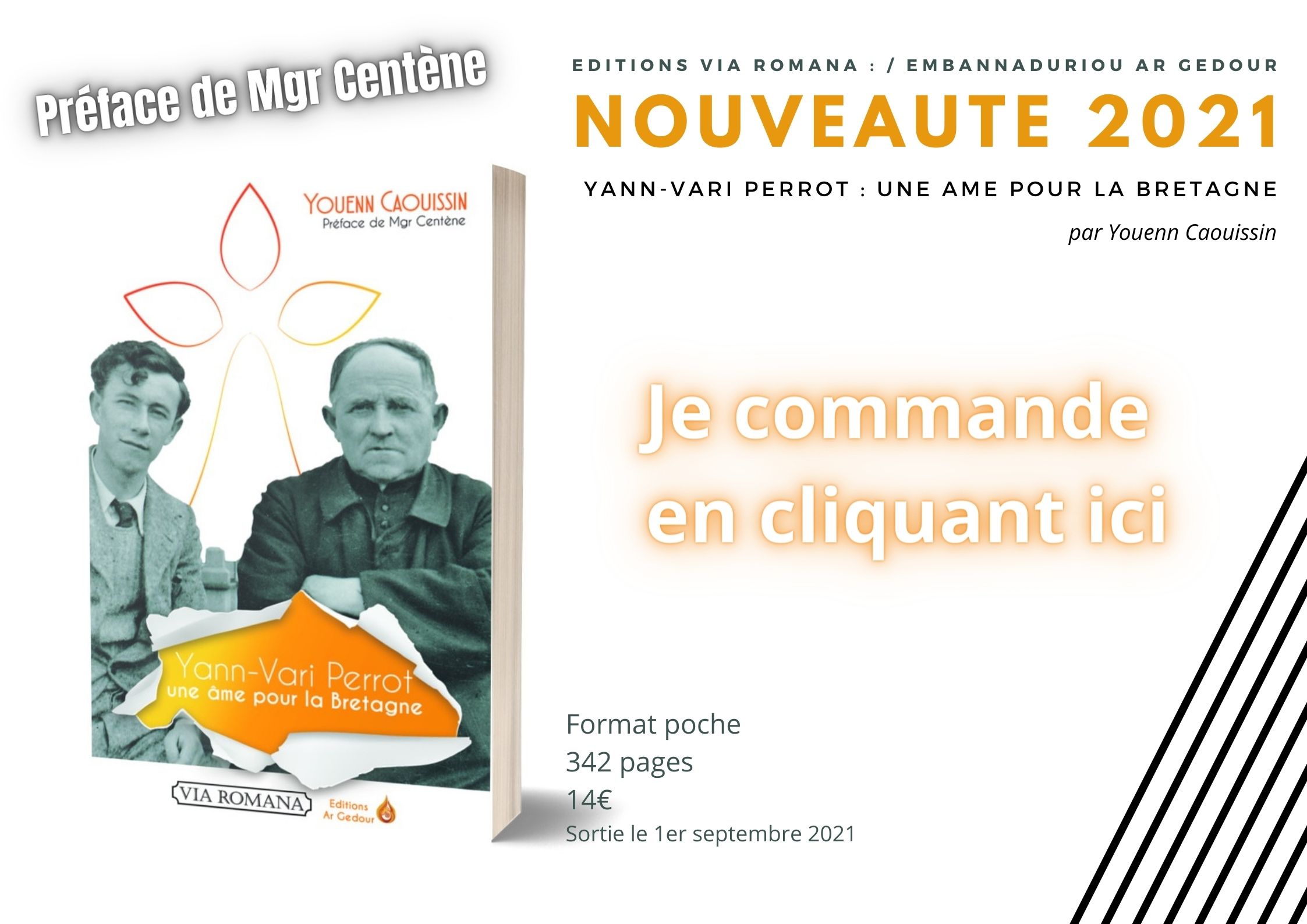 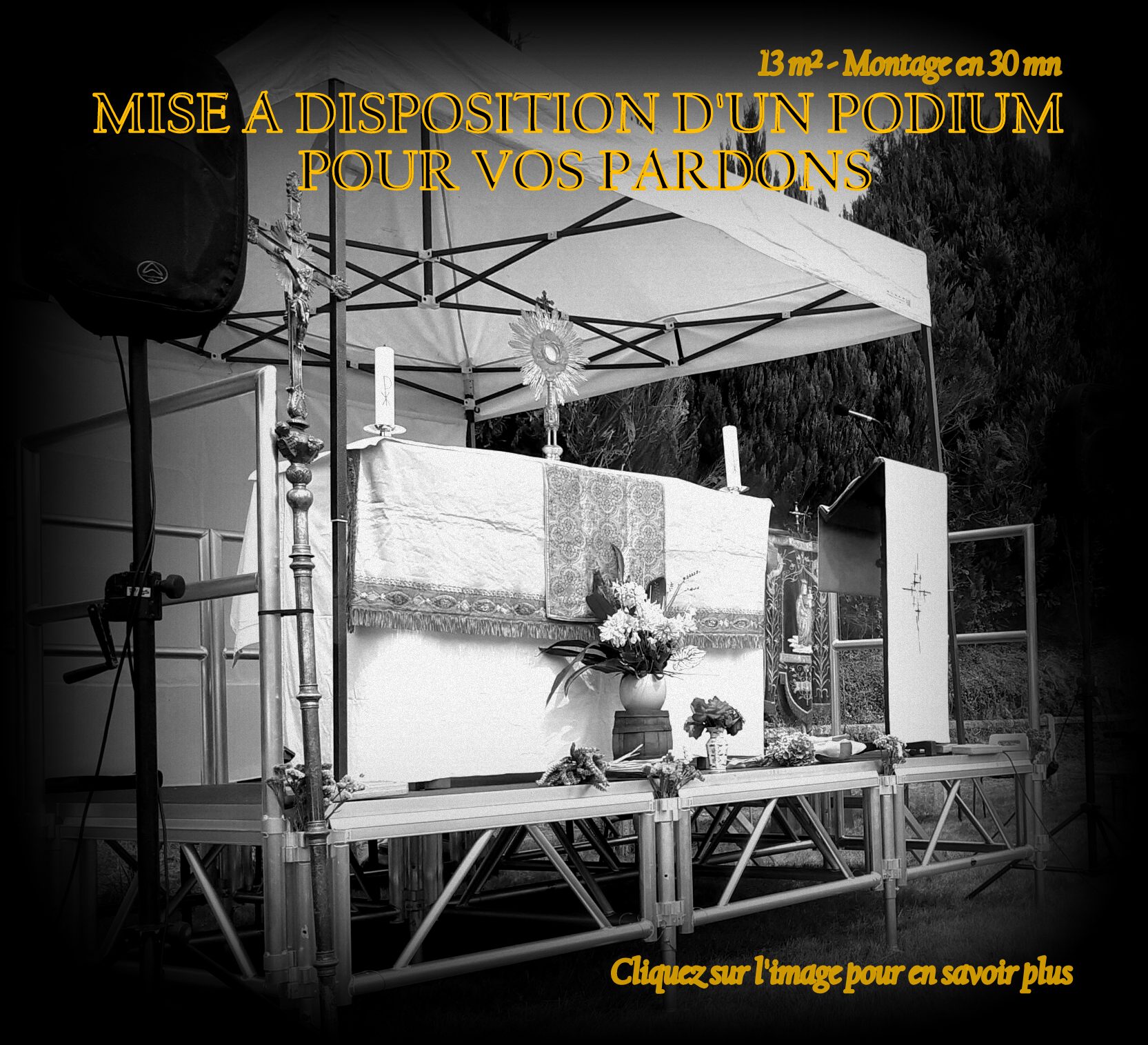 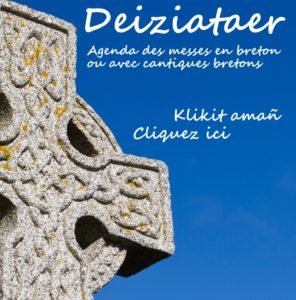 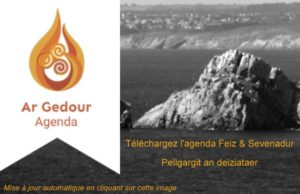 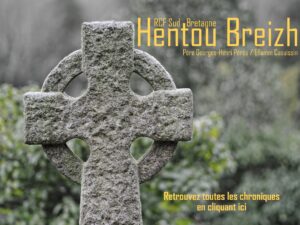 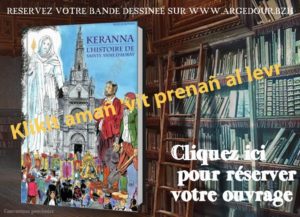 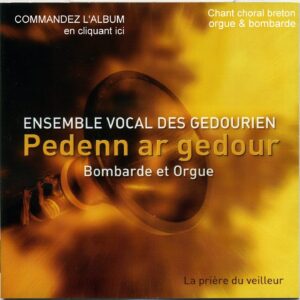 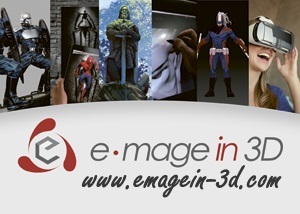 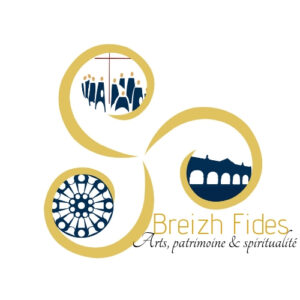